TPCH Opposes SB 1325 – Conversion Therapy is dangerous and has no place in Arizona.

TPCH Opposes SB 1325 – Conversion Therapy is dangerous and has no place in Arizona. 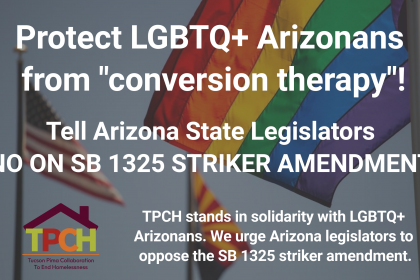 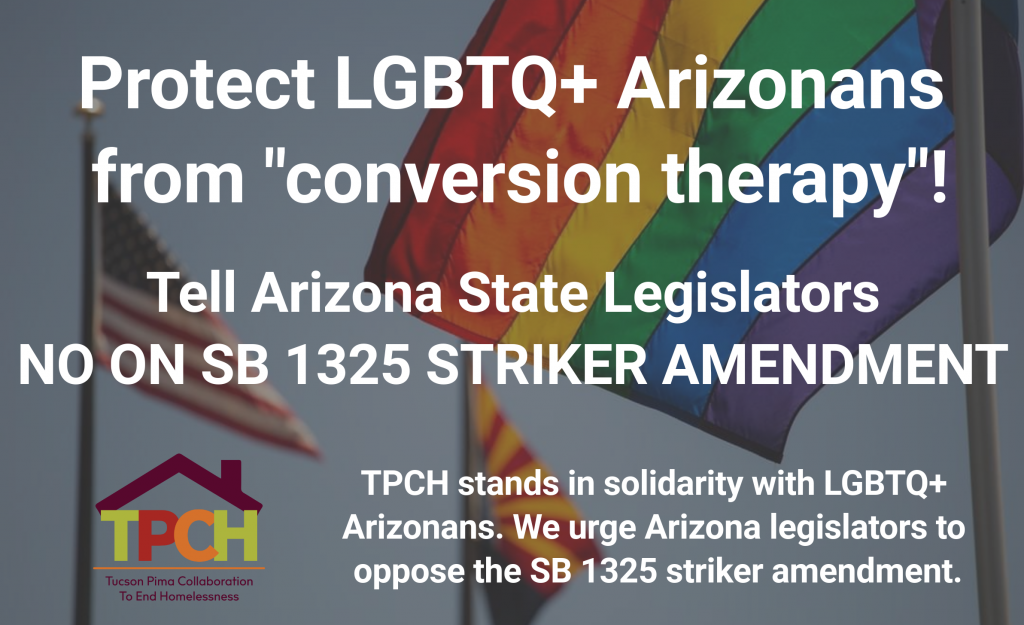 “The SB 1325 striker amendment is needless and unjust,” said TPCH Board Chairperson, Daniela Figueroa. “It is devastating that the State legislature is spending time during the COVID-19 pandemic to legislate hate.”

TPCH opposes the striker amendment to Senate Bill 1325.  Arizona youth and families have a right to expect that a therapist practicing under a license from the state will not put them at risk of severe harm. Arizona has already rejected the dangerous and disavowed practice of so-called “conversion therapy.”  If passed, the proposed striker amendment will prevent any restrictions on this harmful practice by the State, professional licensing boards, local governments, and school boards. This bill undermines medical regulation and the public trust by opening a broad and unqualified loophole that would allow any provider to engage in abusive practices by claiming they are based on conscience or belief.

Send an automated message to your state legislators

How will this legislation hurt Arizona? What does this have to do with homelessness?

The 2015 United States Transgender Survey found that one in three transgender Americans experience homelessness at some point during their lifetimes and the National Survey on LGBTQ Youth Mental Health found that LGBTQ+ youth are suffering.